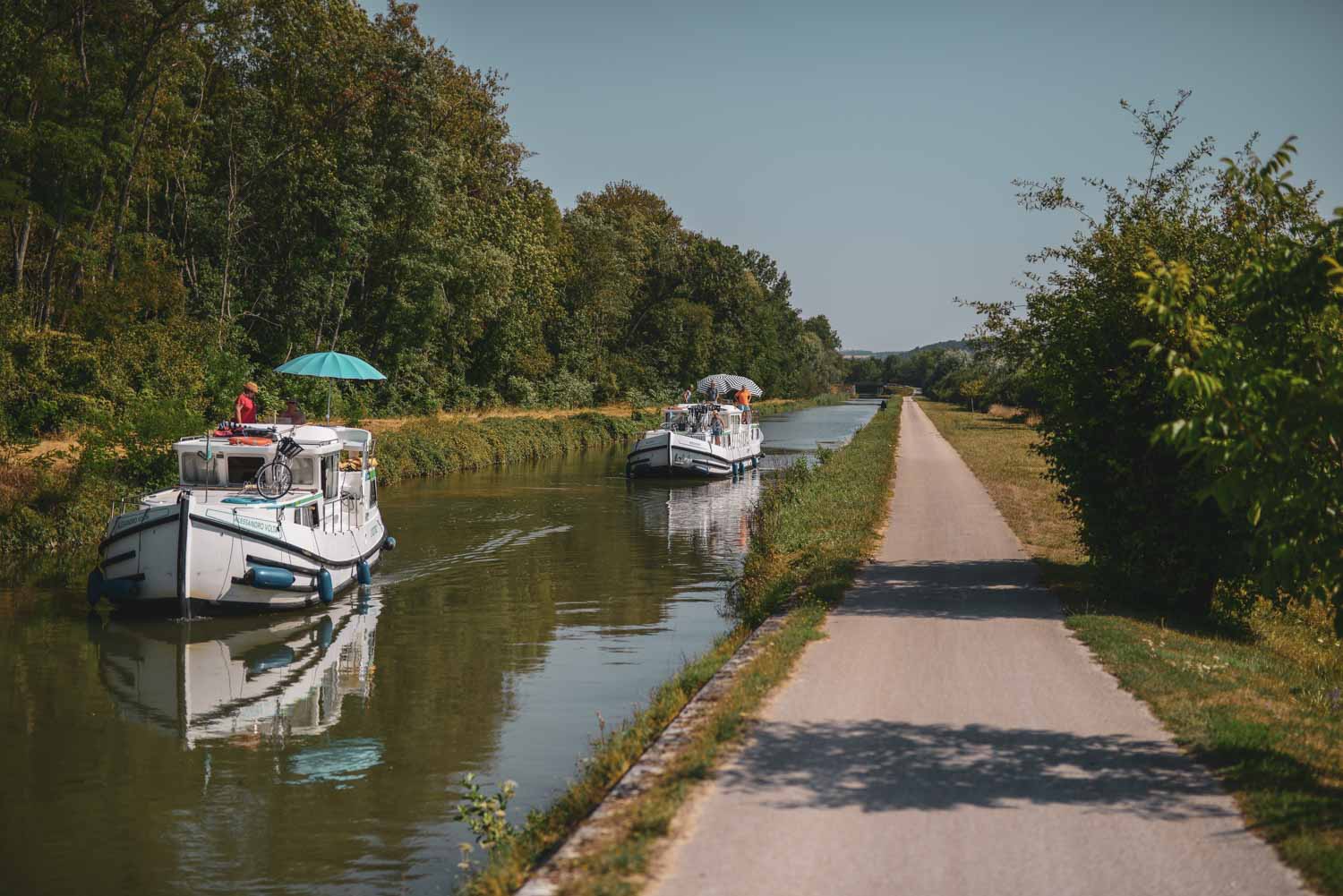 It’s Tuesday and another chance to cycle the beautiful paths of the Canal du Nivernais. I somehow manage to get confused and tell Mrs that the town we both wanted to go visit, Cravant, is but 6km away from our new launching point; itself further up the canal from our first jaunt. Fair enough, she says. So we set off on our journey in almost 30°C heat at 10am; it was ticketed to be the hottest day of our holiday today, but we reason that most of the canal paths are in shade.

The seats on the oldies’ bikes are vast and wide. I didn’t have an issue on our first cycle but this time I get the pinch quite early on; Mrs is in agony before we’re even half-way up the route. I long for my bare leather Brooks saddle, which was in the car ready to be fitted, but I reasoned that I’d rather have just my shorts on than my padded efforts, especially in this ridiculous heat. I rue that decision all the way around and I know Mrs is fed up, but we plough on with promise of a nice wee town at the end and some time together along a beautiful route. 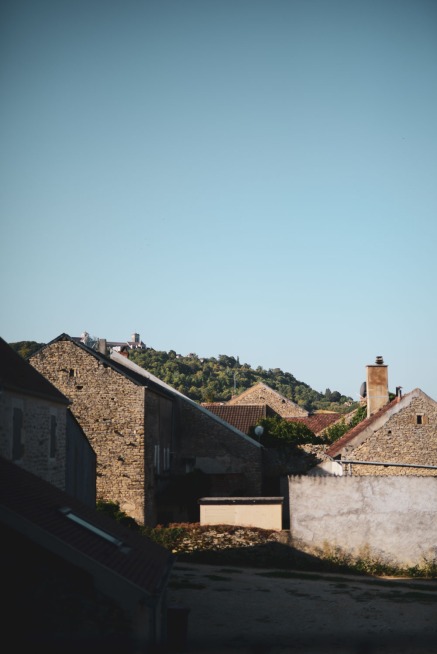 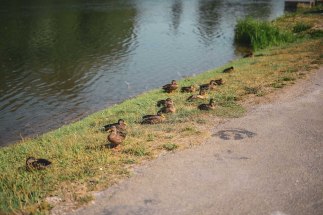 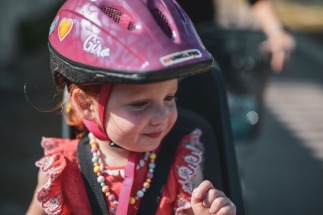 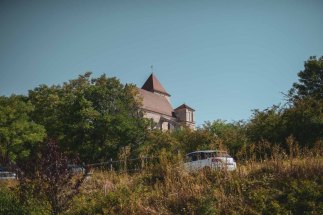 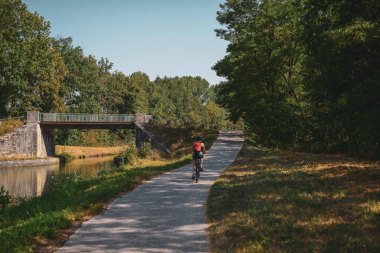 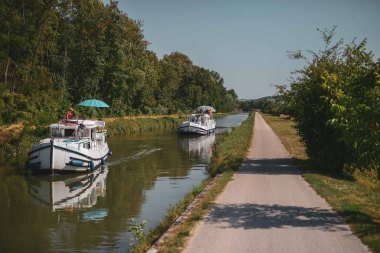 As we near Cravant we are all fed up. It’s like an oven and the shady route turned out to be a lot of not shady route. Missy is happy though and despite our saddle sore, we are happy too – Cravant always looked interesting from the road and there seemed to be a lot of history going on there. Well, as we got ourselves to the wee Boulangerie to pick up some bread for our picnic, the wheels quickly came off. No bread meant a stale loaf job from the tiny corner shop. They were pretty clued in though, selling small packs of butter, ham and cheese – exactly what the cyclist needs on their trip to match up with their freshly baked baguette…not for us though – too late clearly. We found a bench beside the church and had a quick pique-nique, plagued by more wasps and the general feeling that we would rather be floating in a pool somewhere than face the prospect of cycling the 12km or so back to our origin, into the wind and the beating sun. 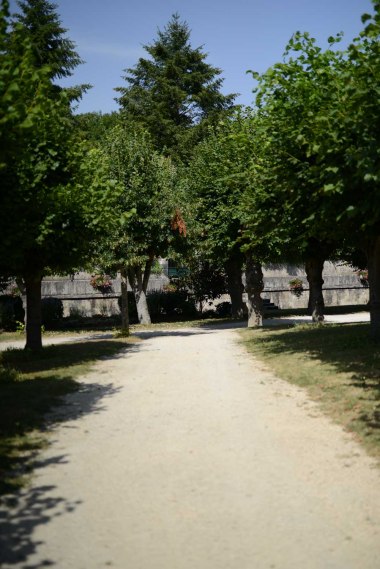 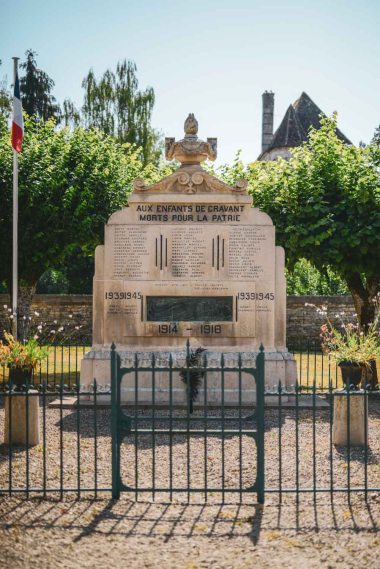 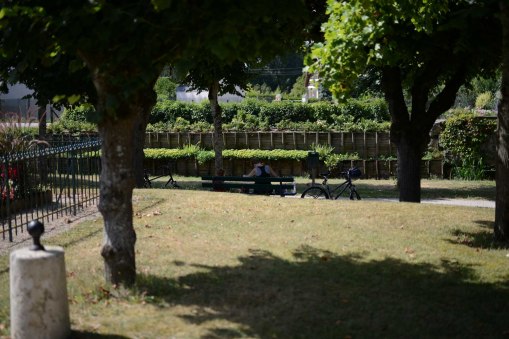 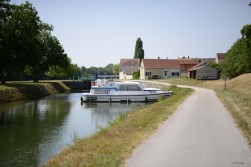 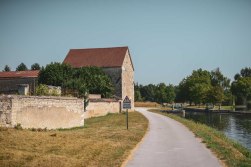 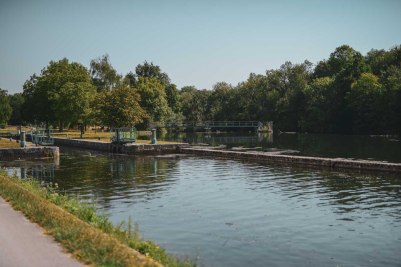 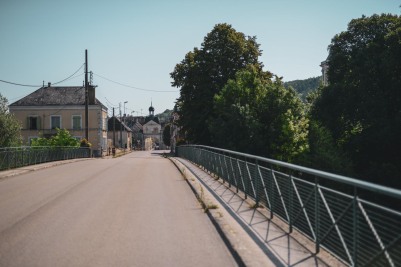 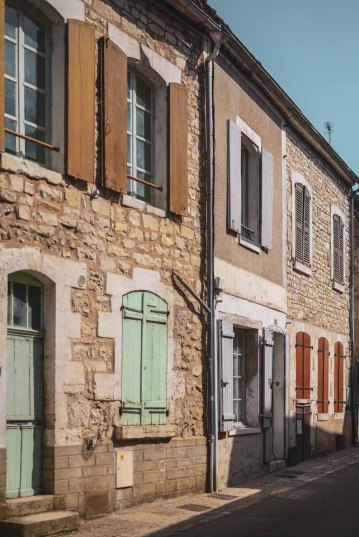 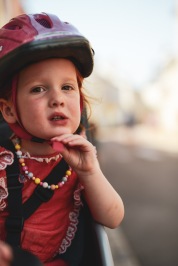 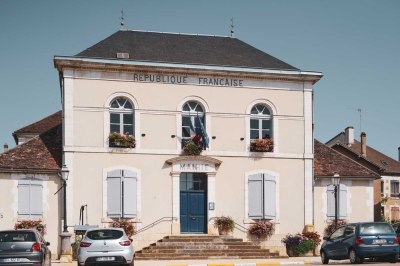 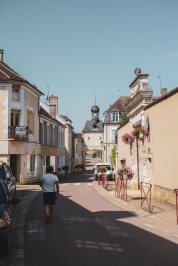 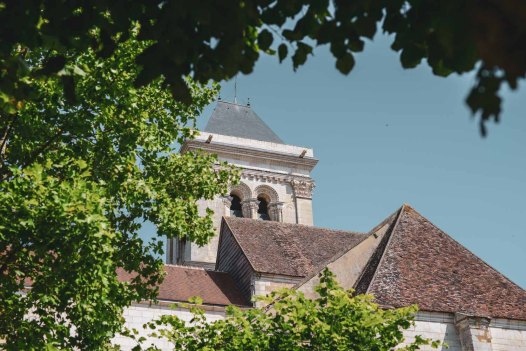 There was an interesting monument just beside our bench, to what appeared to be fallen children in both the World Wars. It was a sombre sight and only added to our downbeat mood. We got tidied up and, after a Missy toilet stop, got ourselves back on the path back. We stopped at a small café beside a sort of “Go Ape” style net play area, suspended in the trees. I fumbled my way through 2 bottles of water and 3 ice-creams please, and we sat and enjoyed them in the shade. By the time we got back to the drop-off point we were all exhausted, baked and ready for some monumental shower action. Cravant did not live up to what we had expected, but that has no real meaning as we didn’t give it a proper shot. A quick pedal up the hill to the town-hall and around some streets does not constitute a proper look around. Hey ho. It was a nice looking place, just perhaps not best tackled after a long cycle in the heatwave sun. 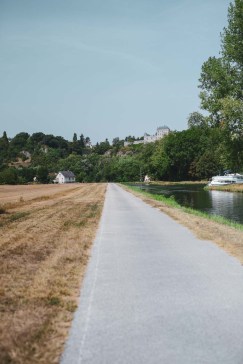 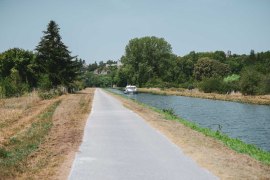 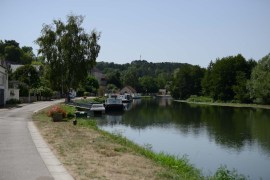 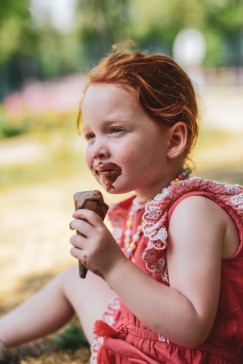 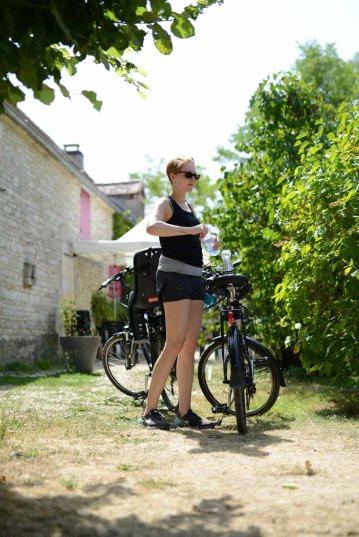 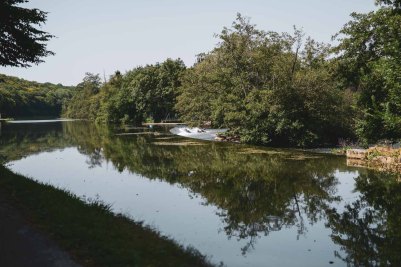