Yesterday was a pivotal moment; I was tasked early on in the holiday to man the barbecue on this very day. Having been flat-out on my back for the past 2 days, I took it as the turning point to get myself sorted and fix this looming disaster of a holiday. Maybe standing beside a 500°C searingly hot fire would cure me, or at the very least get me moving around enough to ease off whatever pinch point was rendering me incapacitated. And so it was, after sweating in the sun for pretty much the whole morning (maybe heat would help), I set about getting this charcoal fuelled cooker up to temperature. It was blisteringly hot.

By the time we’d all eaten and got Missy to bed, my back pain felt pretty reasonable, so Mrs and I headed out for a wee stroll up towards Vézelay. We didn’t get more than halfway up before retreating back to sanctuary; my back had started to pulse in protestation and I didn’t want to keep undoing all the recovery. I kept stretching and afterwards feeling really sore again, so reasoned to stop that nonsense, and just take it easy. We sat out really late, drinking and having a great time watching for shooting stars and the ISS whizzing by. After Bampa presented his iPad with star map showing accurately the position of the ISS as well as all the constellations, I got the camera out and tried to get a photo of it. I only have the 50mm so it was always going to be a partial capture, but even then I’m mighty impressed yet again with the D800’s capabilities and resolution.

Today we decided to head up to Vézelay again, with the promise of an ice-cream for Missy keeping the momentum brisk. We visited a lot more of the shops today and found a gem of a shop called La Maison Ronde. It’s a really trendy Japanese shop with beautiful fabrics, prints and wares. Everything was laid out just so, and Mrs loved it, calling it an OCD haven. The branding itself was like a Japanese flag, yet the red dot is black. I was, as usual, immediately drawn to the cups; I don’t know why I have such a magpie instinct for ceramics and drinking vessels, but this shop had some absolute belters. I can see me returning home with at least one of these beauties. We were greeted cheerfully with a “Bonjour!” but whether he heard us talking or perhaps our French really is that dire, he immediately returned in English a wonderfully warm invite of asking him for any assistance we may need.

We carried on around and loved everything on display. Missy was reluctant to offer such warmth and the owner made little cracks about it; so I offered clumsily in return that I he had some beautiful “stuff!” Why couldn’t I have used shop or wares instead of “stuff”, but anyway he took it the way I had intended and thanked us, before asking where we are from. I replied Scotland and he lit up, saying his brother lives in Edinburgh and the Scots are magnificent people, warm friendly and partial to a little too much…alcohol! I didn’t refute it, and after a few more lovely exchanges he bowed and wished us a good holiday. I’m completely captured and Mrs too.  We will return to La Maison Ronde in the coming days. Hopefully we can restrain ourselves enough, but Mrs’ off-the-cuff rhetoric of whether we could use our cards abroad makes me apprehensive! 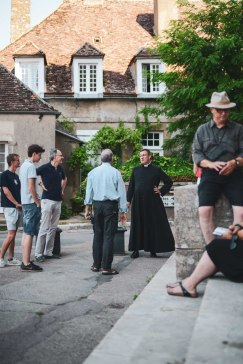 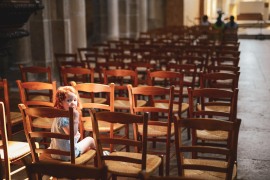 We continued upwards to the Abbey again, Mrs staying out in the breeze to cool off; it’s another energy sapping, baking hot day today. Missy and I headed inside for a brief tour around the beautiful Abbey and then headed back down the hill to get ice cream. It was getting hotter and hotter, Missy was starting to protest and Mrs was getting twitchy, so we made our way back to the car. Mrs opted to walk down the big hill, so Missy and I drove the long way back to the Gîte. I was so overjoyed to be out and about again taking photographs, I could feel my whole spirit lift. My back is feeling stronger and I’m hopeful it’ll keep getting stronger each day. That’s the plan. We are going to head to nearby Cravant tomorrow or the day after, as we’ve driven through it a few times and it looks interesting. Even if it’s not, I’ll be lapping up the mobility and chance to see something other than the view from the sofa’s balcony, or the screen of my computer. 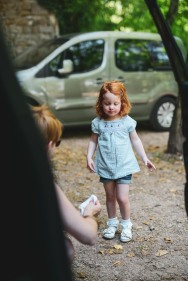